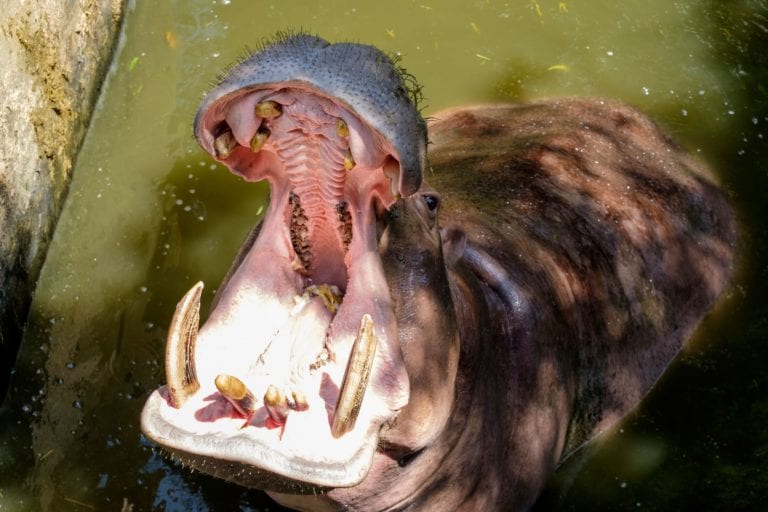 Most of the time your dentist will talk your ear off about the amazing teeth that you have in your very own mouth, but did you know that there are teeth that are just as cool in the animal kingdom? Dentists really do love all kinds of teeth, and they may be full of a surprising number of facts about animals and the teeth that they have. Studying the teeth of animals has helped us discover new things about our own, and treatments to help make them healthier, longer.

Snails Have A Ridiculous Amount Of Teeth

You probably know that humans have 32 teeth, but did you know that the animal that has the most teeth doesn’t even have a jaw? That’s right! The snail has more teeth than any other animal, a total of 20,000 teeth grace the tongue of the worlds most dentally enhanced snail. Even more shocking is the fact that the aquatic snail has teeth that are stronger than titanium, and are known to be the strongest biological material on Earth!

Yep, they’re just like a tree that way! If you come across a Dolphin’s tooth you’ll be able to tell how old it was when it lost that tooth. Dolphins only get one set of teeth in their whole life, and every year those teeth get a new layer of enamel. Part of the reason that dolphins don’t get more teeth is they don’t really need them! Dolphins swallow their prey whole with no chewing!

Sharks Are Very Irresponsible With Their Teeth

You know why? They keep losing them! Of course it’s probably not as big of a deal when you just keep growing more. Sharks have so many teeth they lose at least one for every week of their lives. This is part of the reason why shark teeth show up on the beach so often! Every time a shark loses a tooth a new tooth moves forward.

The Largest Canines In The World Belong To A Herbivore

It may surprise you to learn that the world’s largest canines happen to belong to a herbivore! In spite of being a herbivore they’re also known as one of the most aggressive animals on the planet, and that would be the Hippopotamus. Angry hippopotami have been known to bite right through boats with their wicked canines before going back to straining river vegetation for their meals.

These animals have some of the most remarkable teeth in the world, but don’t let that make you think yours aren’t special. The next time you’re in seeing the dentist ask them about your teeth and how they’re just as incredible as the teeth of any animal in the world. Dr. Deborah Tabb has been helping patients take care of their teeth at the Bethesda Family Dentistry clinic in Bethesda, RI, and she’s ready to help you with yours!