5 Health Problems That Can Be Detected in the Mouth 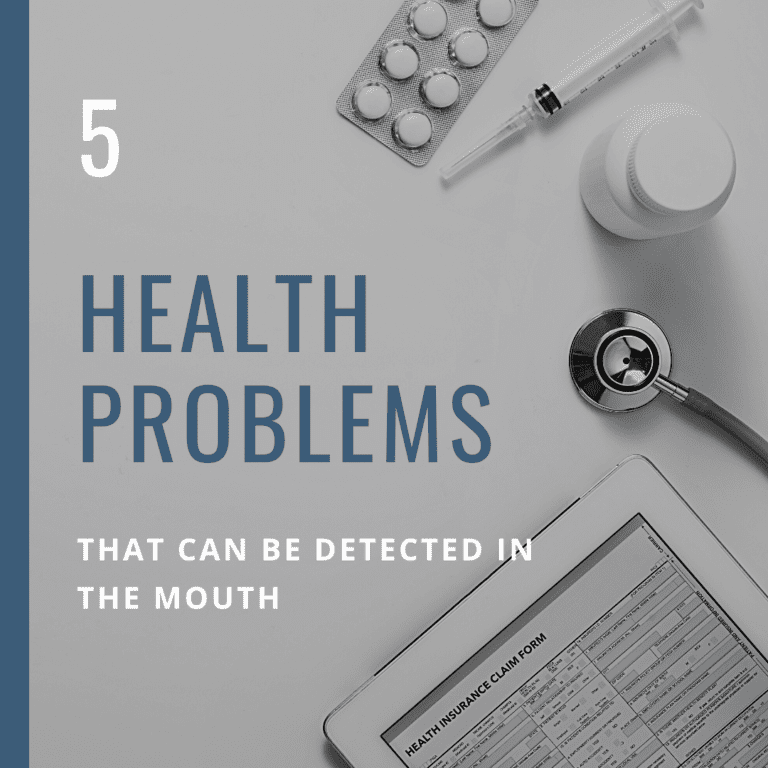 Just as your mouth is a part of the rest of your body, your oral health is a part of the rest of your overall health. Due to the fact that your oral and overall health are so closely related, a problem with one could indicate a problem with the other. In fact, certain health conditions can actually become evident due to their effect on the mouth. As a result, your dentist can recognize potential health problems during a simple oral exam. Here are five different medical conditions that your dentist may stumble upon while examining your mouth:

Anemia is defined as a lack of red blood cells in the blood, which means the blood is not properly oxygenated. When this happens, certain tissues in the body tend to appear pale since they are not receiving enough oxygen-rich blood. One such tissue is your gums. Healthy gums should be a coral pink color, inflamed gums tend to be red in color, and pale gums that are light pink or white can indicate anemia. Anemia is also usually accompanied by fatigue, headaches, shortness of breath, heart palpitations, and pale or yellowish skin or eyes.

Human immunodeficiency virus is a disease that attacks the body’s immune system. This decreases the body’s ability to protect itself from other types of infections. An oral infection, known as oral thrush, is commonly seen in patients who have HIV. Oral thrush is a fungal yeast infection that causes small white patches to form on the inside of the mouth. It can sometimes be seen in denture wearers, however it is rarely observed in people with a normal immunity.

One key characteristic of certain eating disorders is frequent vomiting, or purging. Since vomit contains stomach acid, which is highly corrosive, people who frequently vomit often have evidence of stomach acid on their teeth. For starters, stomach acid dissolves tooth enamel, which can affect the shape, color, and translucency of the teeth. Problems with tooth sensitivity can also develop as a result of thinning enamel. 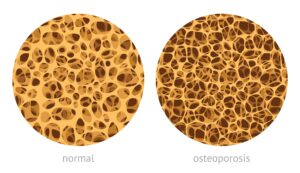 Osteoporosis is a condition that causes bone density to decrease, which makes the bones more fragile and likely to fracture. While osteoporosis is primarily seen in the wrist, spine, and hip bones, it has also been found to affect the alveolar bone. The alveolar bone is another name for the jawbone and it is responsible for holding the teeth in place. When osteoporosis affects the jawbone, this causes the supportive bone around the teeth to break down, which can cause tooth loss.

Kidney disease can affect the amount of saliva in the mouth. It can eventually lead to dry mouth, which can cause changes in taste, as well as sores in the mouth. A lack of saliva has also been associated with making the mouth acidic, as well as allowing more bacteria to grow. This significantly increases the risk of tooth decay and can even lead to tooth loss. Although experts are still exploring the specific link between the two, they note that there is a close relationship between kidney disease and oral health.