Dementia & Tooth Loss: Is There a Connection? 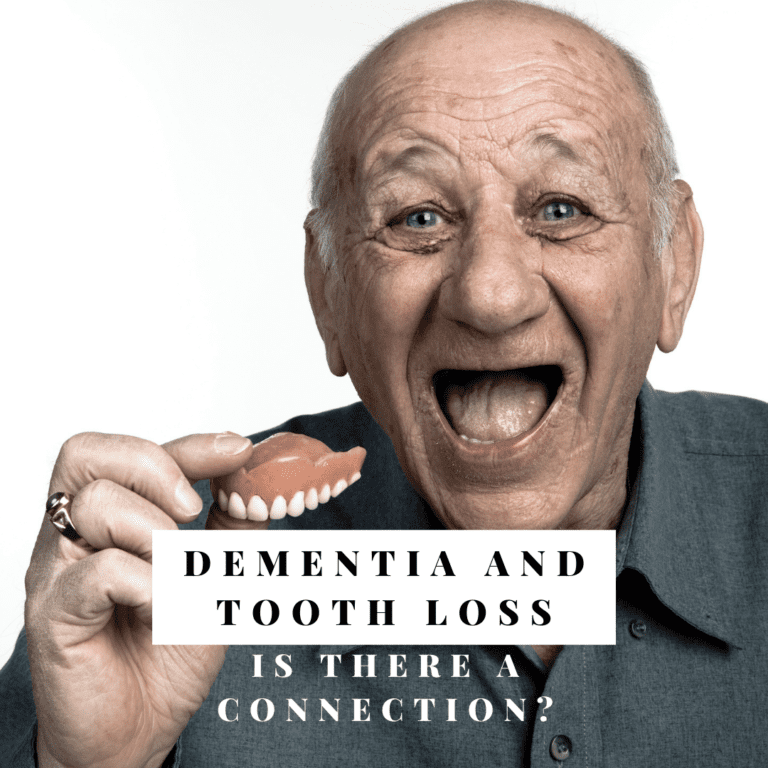 Did you know that there is a link between tooth loss and dementia? Research shows that people with dental problems like missing teeth are more likely to develop dementia later in life. Replacing lost or damaged teeth may also decrease the risk of developing cognitive decline later in life. In this blog post we’ll go over what you need to know about tooth loss and dementia.

What You Need to Know About Tooth Loss

What You Need to Know About Dementia

A group of researchers at New York University Rory Meyers College of Nursing recently published a study in the Journal of Post-Acute and Long-term Care Medicine that explored the possibility of a link between tooth loss and dementia. In this study, researchers evaluated data from 14 longitudinal studies that contained information about 37,074 adults and 4,689 cases of adults with diminished cognitive function. They concluded the following:

“…the relationship between the number of missing teeth and risk of diminished cognitive function substantially strengthens the evidence linking tooth loss to cognitive impairment, and provides some evidence that tooth loss may predict cognitive decline” -Xiang Qi, a doctoral candidate at NYU Meyers

The NYU Meyers College of Nursing study linked tooth loss to an increased risk for dementia. As a result, they are urging people to practice good oral health habits as a way to maintain their natural teeth and decrease the risk of dementia. While there are many risk factors for dementia, tooth loss is one that can be prevented by proper dental care.